The History of Skiing

We love skiing, as we are sure you do too! With this in mind, we thought we’d trace back humankind’s fascination with gliding the slopes to see what we unearth. As John Fry, the president of the International Skiing History Association, said: “I do think that people can derive a lot more enjoyment out of the sport if they know something about its past.” 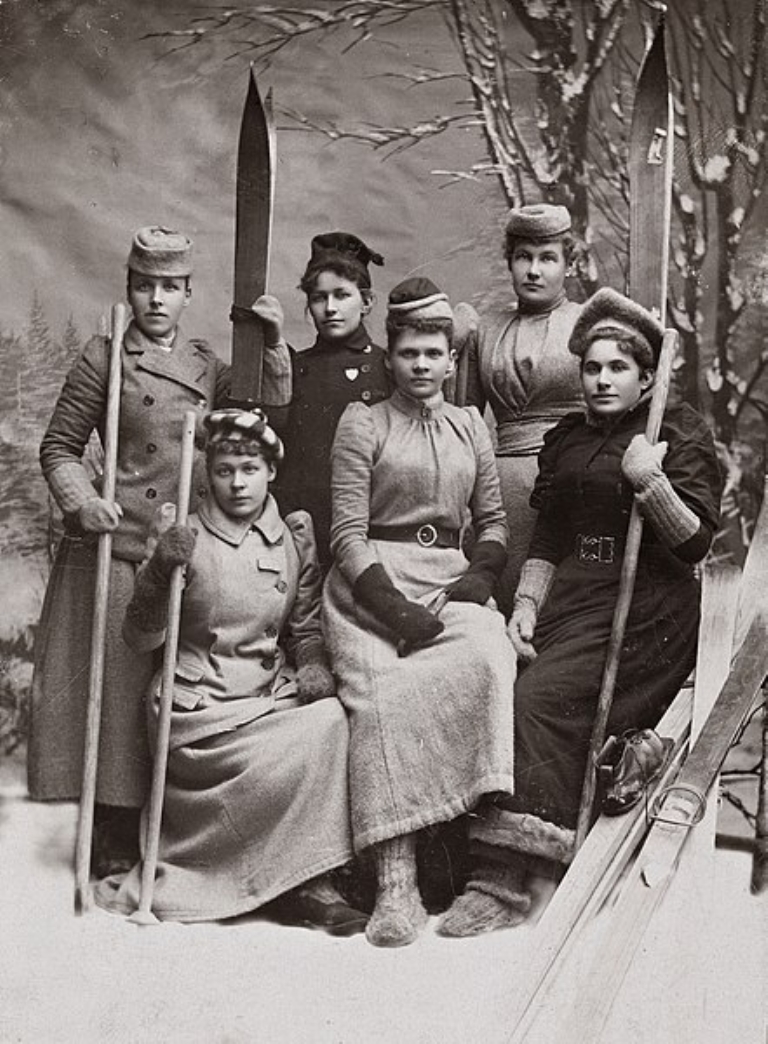 Who invented skiing and where did skiing originate?

The ski predates the wheel according to BBC reports. Historian and writer Roland Huntford summarises in his book Two Planks and a Passion: A Dramatic History of Skiing that skiing was a form of survival for the Cro-Magnon men (pre-homo sapiens). Our ancestors would attach sticks to their feet to race down snowy mountain slopes away from predators. Evidence comes from elaborate cave drawings which depict men on skis during the last Ice Age several thousand years ago.

Although it is impossible to contribute a name to the first skier, we can determine the places where people first skied from the ancient artefacts found. One such example was found in Russia by archaeologist Grigoriy Burov in the 1960s. Burov unearthed fragments believed to be from skis made around 6000BC!

Representations of skiing have also been replicated in ancient paintings, the setting of which is believed to be ancient China. Experts believe skis were used here to safely cross the wetlands and marches when they had frozen over, allowing the men to hunt the reindeer and elk. A study of history shows that a form of skiing has been an essential practice for humankind living in colder countries.

Skiing fever spread across the world with Europeans trying their feet at adorning skis and heading to the snowy slopes. Scandinavia is regarded as the place where skiing evolved. The word ‘ski’ actually derives from the Norwegian word ‘skío’ which translates to a ‘split piece of wood’.

Early skiers would use one long pole or spear to help guide them through the snow, with the first depiction of a skier holding two ski poles from 1741. Skiing was primarily used for transport from its conception until the 18th century when skiing turned into a sport and beloved pastime.

When did skiing become a sport?

However, skiing was a sport before Sondre Norheim. In the 1760s, the Norwegian army held competitions to test the cadets’ skills. These races included skiing down slopes, across snowfields and around trees all while shooting a gun! The popularity of these races led to the inclusion of skiing in the Olympics, with the first national race held in Oslo in the 1860s which Norheim won.

The Olympics facilitated the growth of skiing as a sport, with men’s and women’s alpine skiing debuting at the 1936 Olympics at Garmisch-Partenkirchen. 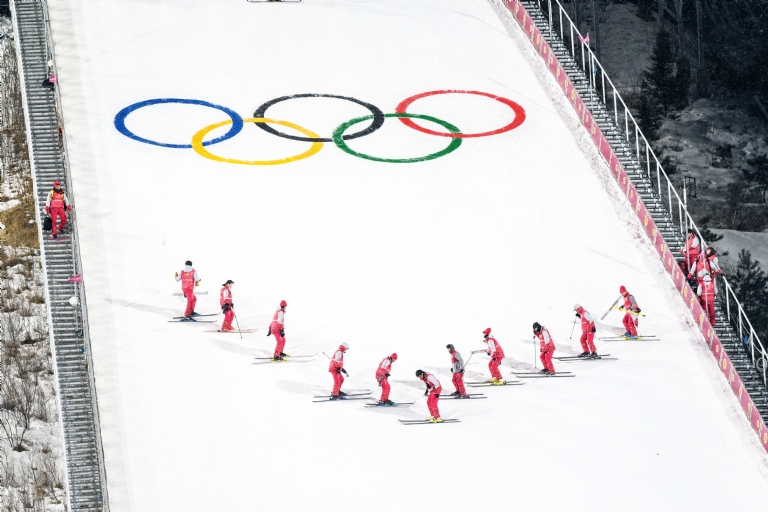 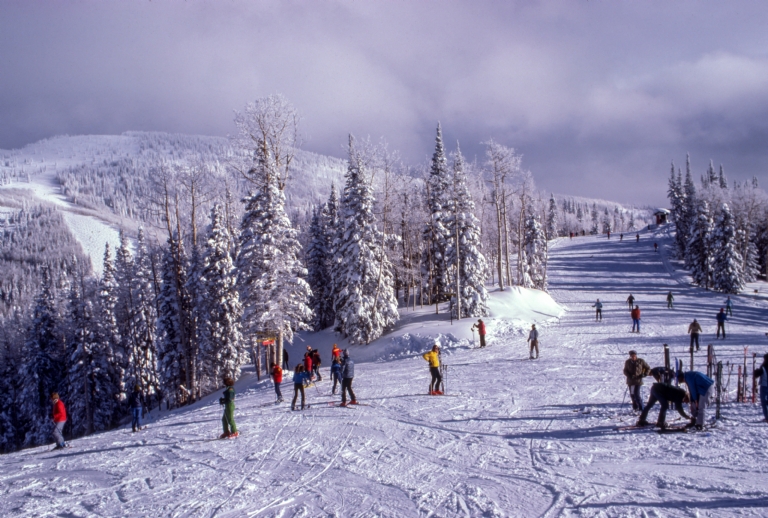 How has skiing changed?

Following the 1936 Winter Games in Germany, the US invented the chairlift which revolutionised skiing to become a recreational activity and not just a sport for the experts according to John Fry.

Just a few decades later, skiing swept the world, gaining popularity in Europe and America with competitions held in these areas for entertainment purposes.

Fry highlighted the popularity for skiing as a pastime reached new peaks in the 50s and 60s as “it became much more accessible to people”. Advances in ski equipment such as the metal ski and the plastic boot allowed for more ease and control for inexperienced skiers.

Skiing continued to grow in popularity, and now thousands head to the slopes in the season to perfect their game.

Where is skiing popular?

The list of countries where skiing is popular is long! It’s no surprise when you think of how old skiing is. Canada regularly tops lists because of their resorts. Bulgaria is known to be budget-friendly. America offers a wide variety of resorts while Switzerland has a varied terrain suitable for all levels of skiers. Austria has been noted for its beautiful ski towns while Italy offers gorgeous food! Andorra is a beginner’s haven while Finland and Slovenia are overlooked gems.

However, topping the list has to be France. It always features highly, if not, in the number one position of the best places to ski. Not only does France provide cheap snow holidays where you can learn or practice skiing, but it has a host of other benefits. Beloved by all European skiers, France remains a popular winter destination in Europe. Facilities in France are abundant, with charming resorts and ski towns offering a lively and friendly atmosphere to enjoy delicious cuisine and beverages in your downtime. Just as delightful is the stunning views across the mountains and slopes!

Add to this list the proximity to the UK and other European countries and a great choice of off-slope activities; the whole family will enjoy a skiing holiday in France. 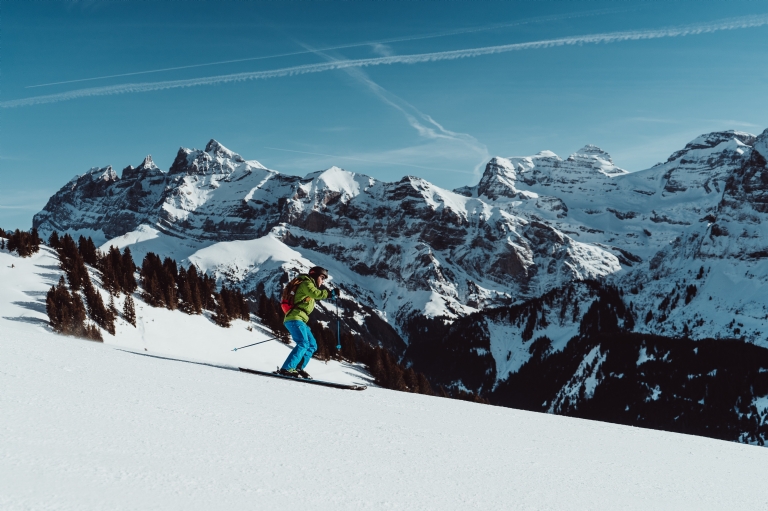 If you would like to visit France and try your hand (or feet) at skiing, take a look at our current offers for Winter 2019/20.

Skiers in Norway, c.1890. Made available by Nasjonalbiblioteket (The National Library of Norway) under CC2.0