The slopes are open already?!

We've been counting down the days until the slopes officially open for the winter season (5 weeks from tomorrow to be exact!) in Serre Chevalier, Vallandry, Tignes and Bovec. We didn't think we'd be now saying that Bovec, Slovenia, would be opening their lifts from this weekend and every weekend (Friday-Monday) until the official opening mid-December. This past week Bovec has had around 90cm of snow! So there's no better time to escape to the mountains before Christmas when the resorts will be packed. Booking earlier you can also usually take advantage of lower package prices and flights. This resort is set in the world famous Suca Valley, which boasts breathtaking mountain views and over 100km of piste. In fact it's ski slopes are above 2000m, creating a true alpine atmosphere.

Over in the Serre Chevalier valley, you can make the first trails of the season between 7th and 10th December before the lifts officially open on the 16th December. The valley has already had a dusting of snow - the chalets really do look like something out of a postcard! Vallandry's had more than its fair share of snow this week too with a massive dump on Monday and more keeps coming - lifts open 16th December. We can't forget Tignes, which had a snowfall too. Our lodges in the village of Les Brevieres have been keeping cosy with the log fires burning. This area offers some of the best skiing in France with diverse skiing or boarding. Challenge yourself on the famous Sache run which is legendary in pure powder moments.

So what are you waiting for? Ready, set ski (or snowboard... whichever is your passion!). 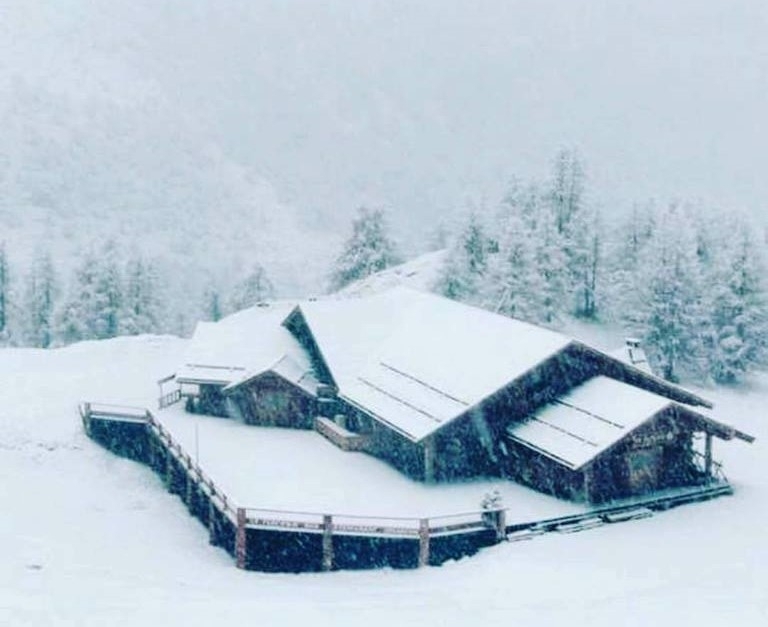 You don't have to buy the snowshoes, ice grippers and trekking poles you'll need on mountain walks. If you don't have the necessary kit for hiking, Evolution 2 offer kit for hire.

Hucksters, are to be highly recommended as they offer a very personalised service at package deal prices and take a genuine interest in making sure you have a good time. I have done 4 trips with them in the last 2 years so they must be doing something right!