6 Reasons Why You Should Go on A Christmas Skiing Holiday

If you’ve never been lucky enough to experience skiing for Christmas, you’ve missed out on a truly amazing experience. As if we needed to convince you more, we’ve got six reasons why a Christmas skiing holiday should be added to your bucket list (you won’t regret it!)

Why should I go skiing at Christmas? 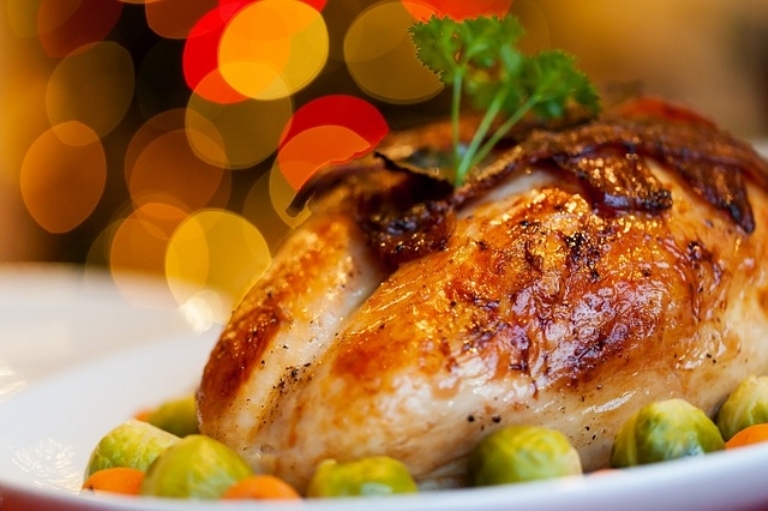 Food is a great reason to go anywhere in our opinion! Christmas is mostly about food (and drinking) no matter where you are in the world during the festive season. However, when you’re in a ski resort, staying at our catered chalets in Vallandry, Serre Chevalier, Tignes or Bovec, for example, then you know you’re going to be revelling in some wholesome and comforting meals that not even your mum’s best Sunday dinner could rival. You’ll also have a breath-taking view to marvel at while you do!

From fondue to finely cooked steak and more, being spoilt for choice is an understatement. Plus, there’s the added extra that because you’re going to be smashing run after run from first lifts ‘till last (or at least until après kicks off!). You can eat as much as you like and not worry about adding to that winter coat…it’ll be hidden under those layers anyway. After all, ‘tis the season to be jolly!

We all get hyped up about the chance of the UK being graced with a blanket of the white stuff when the weather forecasts murmur about snow fall. However, the reality is that it’s bound to be wet, grey and not a whole lot of fun to play in when the weather warms up again. If you head to the French Alps, however, you’re guaranteed to experience a white Christmas. Just think of how awesome all your Christmas Instagram posts will be. Plus, you’ll be making your kids dreams of a white Christmas come true, and that’s one thing to tick off Santa’s wish list. 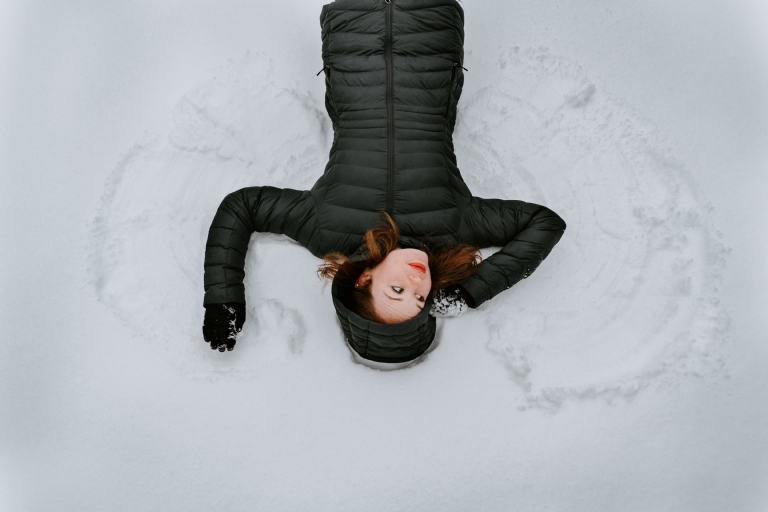 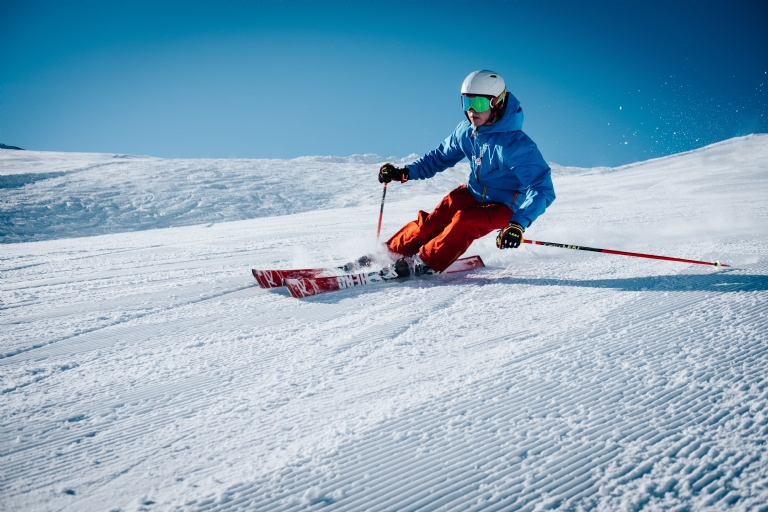 Speaking from our own personal experience here, there is something completely surreal but totally amazing about heading up the mountain to hit a few runs on Christmas morning. Hopefully, you don't wake up too hungover from the Xmas eve partying so you can make the most of the morning’s skiing. Step out of the bubble or push off the chairlift and take a moment to look around. It’s Christmas Day and you’re looking out over some of the best views imaginable, you’re with your friends, and the powder is all set for carving up – perfection! In fact, the slopes tend to be slightly less busy on Christmas Day so you won’t have to get through the hectic pistes and Black Friday-style lift queues.

If you’re in the Alps at Christmas, you can look forward to having not one, but two celebrations – like the Queen does with her birthday’s! In Europe, celebrations are in full swing on the 24th, and it’s not hard to find a party in a ski resort (ever!). Depending on where you are, there’ll be parades, carols, fireworks, and most-likely a visit from Santa. You can then look forward to another round on the 25th. Bonus! 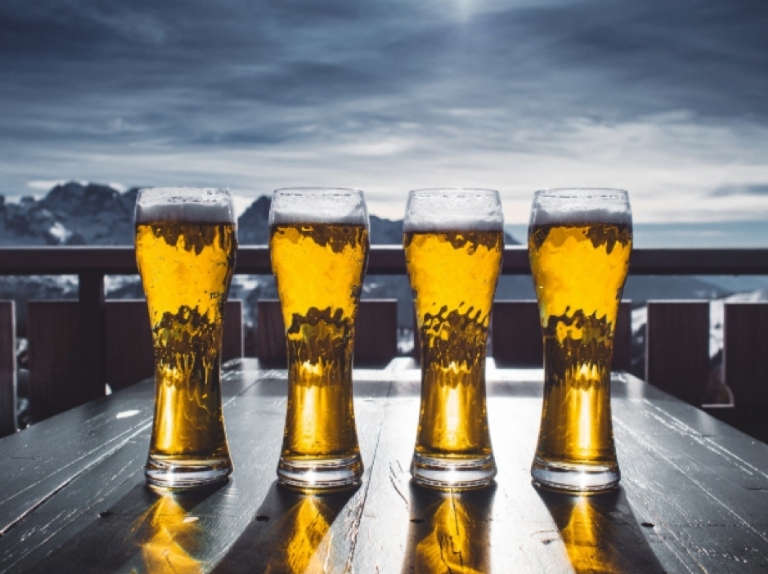 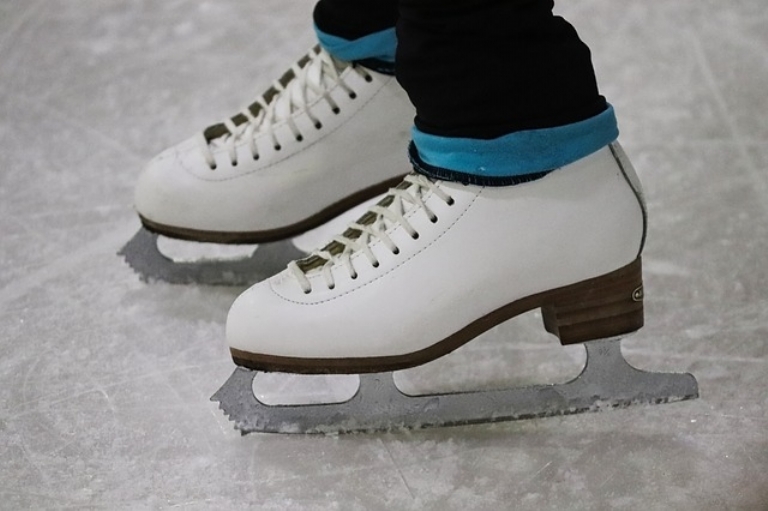 There are plenty of people who head up to ski resorts and won’t spend a minute on piste (although it’s a missed opportunity if you do that). There’s always something to keep everyone entertained during the festive season. Ski resorts are crammed with cool stuff to do, which mostly involves one of the bars, but there’s also wellness centres; dog-sledging; ice skating and snowshoeing tobogganing; music festivals and gigs; freestyle displays and other shows, plus much more. You’ll get so into that you may find it difficult to find time to ski!

Ski resorts are super fun places to be all season round but there’s magical about being in a ski village when it’s Christmas time. (We know we’re ending on a soppy one, but just go with it!). Whether you’re avoiding the awkward moments with members of the family you only ever see at Christmas or you just want to make some cool memories with your friends and immediate family, a skiing holiday is a perfect way to spend the festive season. 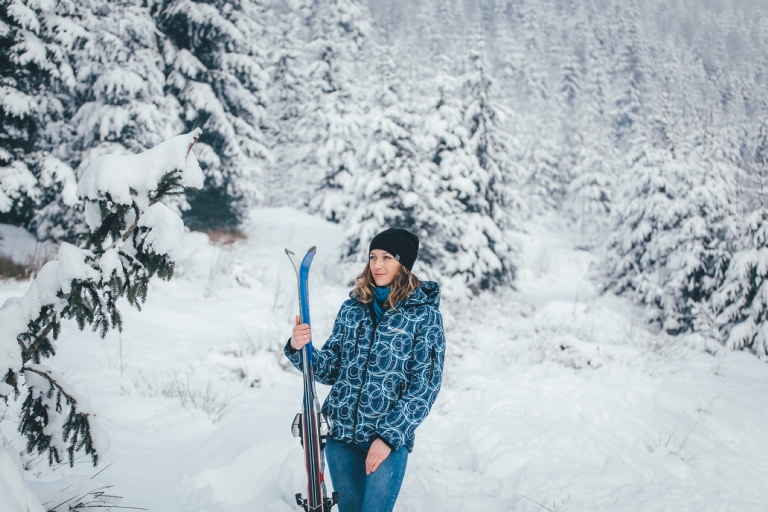 Come spend an enchanting Christmas with us at Hucksters Lodges at Vallandry or Serre Chevalier; whether it’s with your partner, family or a large group looking for something a little special to celebrate this festive season.

If you're travelling with youngsters, there is a great selection of registered childminders who can look after the little ones while you let your hair down. Just ask us and we'll be happy to help you arrange this service!

Just wanted to let you know I had a great holiday last week thanks and wanted to say that the staff were all really friendly & helpful. Wouldn't hesitate to return.